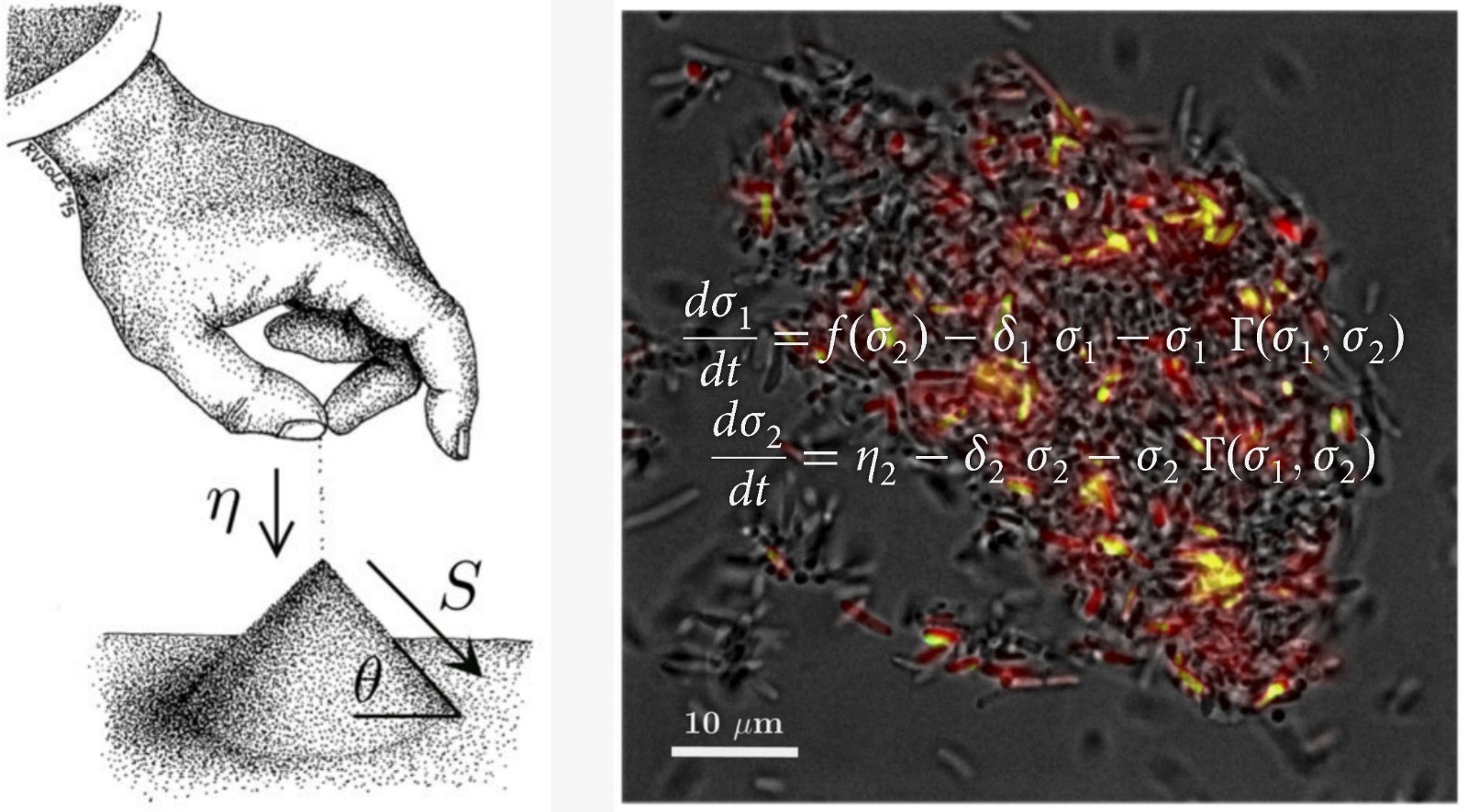 These summer days it is very common to find children on the beach playing and making sand piles, creating bigger and bigger mounds and observing the small avalanches that are created on their slopes. When the pile of sand grows, its slope reaches a critical point at which, once it has been reached, if we deposit more sand it will slide and fall in the form of avalanches of different sizes. At its highest point, the sand pile is in a critical state between order and instability.

This is known as self-organized criticality (SOC), a principle proposed in 1987 by Danish physicist Per Bak by means of which the small interactions between the elements of a system naturally arrive at this critical point, where a minor event can generate responses of varying magnitudes, in some cases catastrophic. This principle is observable in many other complex systems that show states close to their critical points, such as earthquakes, financial markets, traffic and, also, the evolution of living organisms.

A remarkable advance in the field of synthetic biology

According to Ricard Solé, “brains, swarms or even societies present complex fluctuations consistent with the so-called critical state, right on the border between order and disorder. This state allows these systems to respond quickly to environmental changes.”

The research team’s study, recently published in the journal Nature Communications, points out that, at cellular level, enzymatic networks could be at the threshold of this critical state, and the balance between disorder and order would serve to stimulate the ability to adapt. It is known, however, that critical states are part of the cognitive equipment of multicellular organisms, from the simplest, non-neuronal organisms to collectives of animals. Being in a critical state can have important consequences related to efficiency and can be relevant for information processing tasks as well.

“What about individual cells?” Solé wonders. “In this study, we have mathematically analyzed and created in the laboratory a new genetic circuit that works within cells and enables them to develop critical dynamics.”

“This opens up the possibility of designing new behavior patterns and studying the origins of cognition at smaller scales” says Solé. This same method could be used to achieve relevant functionalities, such as improving the delivery of drugs against colorectal tumors.

Reference to the original article