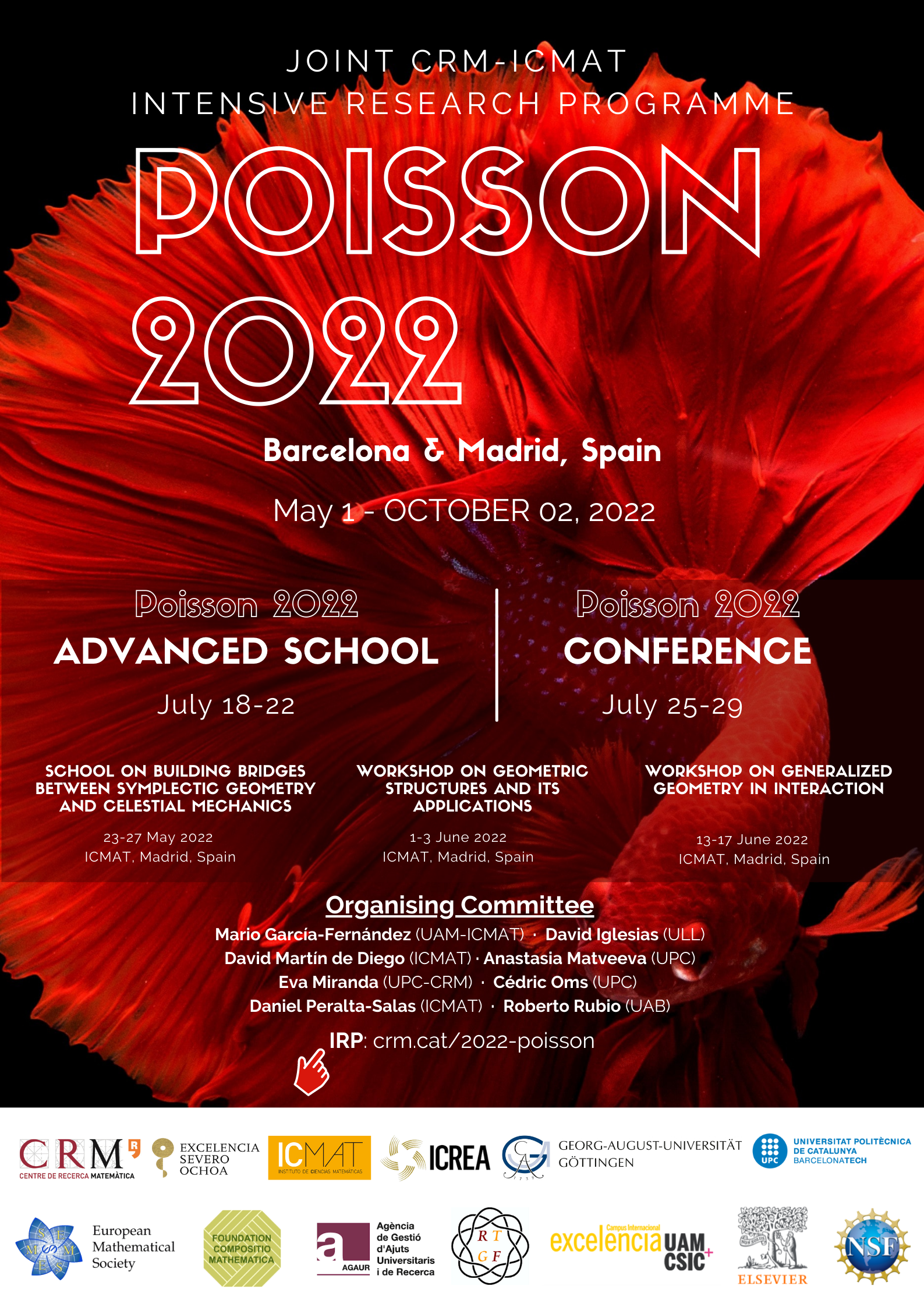 If you wish to apply for a grant you will need to register separately via each activity’s webpage. 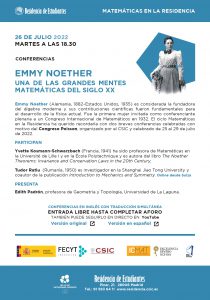 Send your submissions for the Journal of Geometry and Physics

Poisson geometry lies at the intersection of geometry and mathematical physics. It originated in the mathematical formulation of classical mechanics: Poisson structures can be traced back to the 19th-century classics by Poisson, Hamilton, Jacobi and Lie. As an independent field, it started in the eighties with the foundational works of Lichnerowicz and Weinstein. Since then, Poisson geometry is a fast-developing field stimulated by its connections with differential geometry, Lie theory, quantization, noncommutative geometry, representation theory, quantum groups, geometric mechanics and integrable systems. As a matter of fact, direct applications of Poisson geometry can be nowadays found in the theory of geometric phases, string theory, nonlinear control theory, nonholonomic mechanics, locomotion generation in robotics, and planetary mission design.

This IRP will bring together leading experts on Poisson geometry, with the aim of advancing in the understanding of its interactions with other fields and the power of its applications. The two flagship activities of this IRP are the Poisson 2022 School, which will be held at the Centre de Recerca Matemàtica (CRM, Barcelona) on July 18th-22nd 2022, and the Poisson 2022 conference, the 12th in a series of internacional conferences, which will be held at the Institute of Mathematical Sciences (ICMAT, Madrid) on July 25th-29th 2022. The André Lichnerowicz Prize will be awarded in the conference. For details on previous conferences, visit the Poisson Geometry Website  (http://www.lpthe.jussieu.fr/~dito/poissongeometry/).

The André Lichnerowicz Prize in Poisson geometry was established in 2008. It is awarded for notable contributions to Poisson geometry, every two years at the “International Conference on Poisson Geometry in Mathematics and Physics”, to researchers who completed their doctorates at most eight years before the year of the Conference. The prize is named in memory of André Lichnerowicz (1915-1998) whose work was fundamental in establishing Poisson geometry as a branch of mathematics. It is awarded by a jury composed of the members of the scientific/advisory committee of the conference. The Lichnerowicz prizes will be sponsored by the University of Göttingen.

The University of Hong Kong 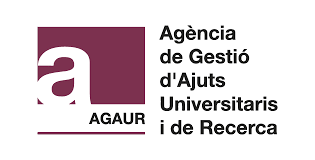